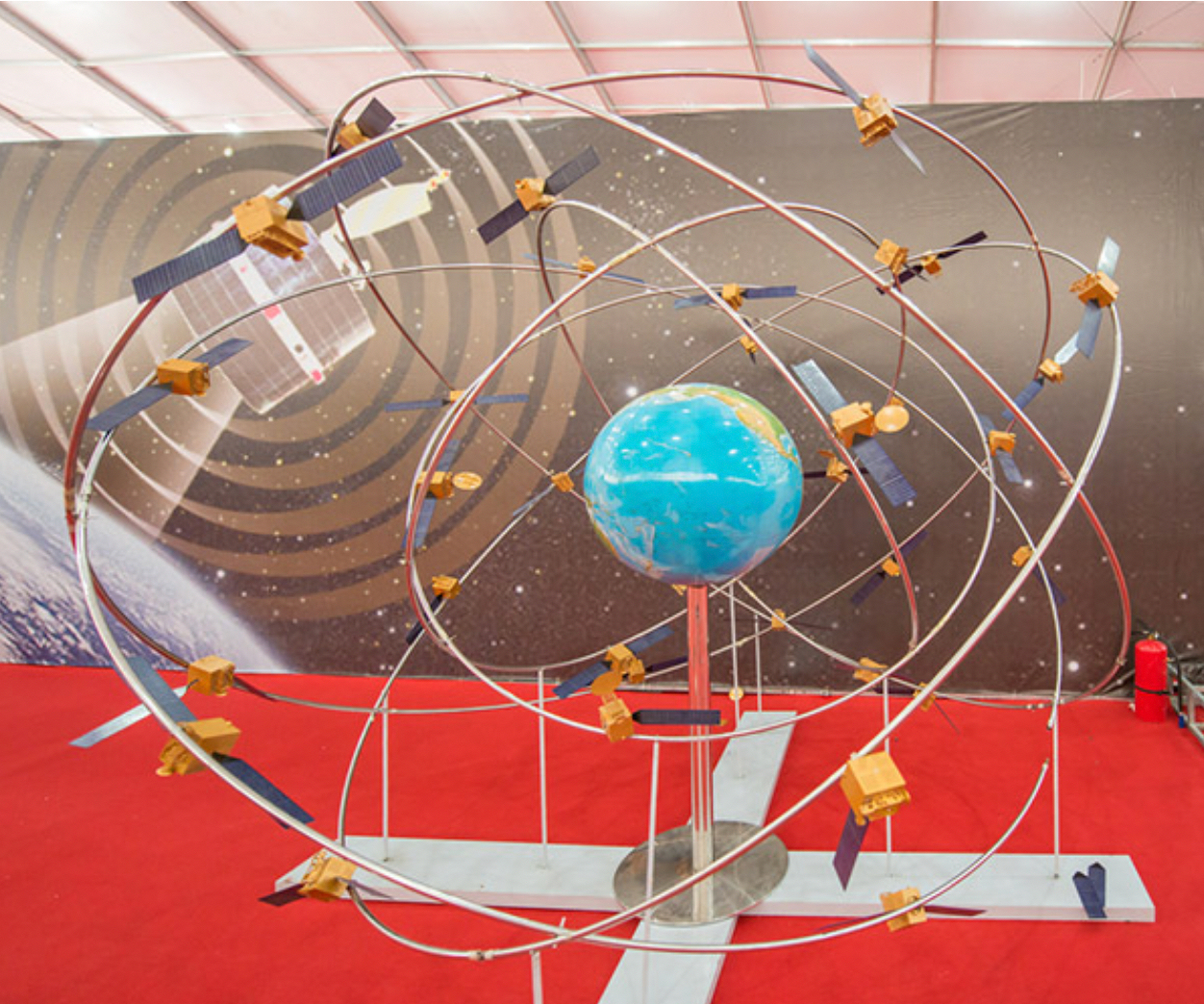 Model of the Beidou-3 satellite system
Shown at an expo in Shenzhen on Nov 1, 2016 [Photo/VCG]

Last week, China launched No. 18 and 19 of the Beidou-3 series satellites (BDS). The basic constellation of 20 Beidou-3 satellites will be completed by year’s end. By then, the network will provide basic navigation service for countries or regions involved in the Belt and Road Initiative. Beidou-3 has a higher positioning accuracy, to within 2.5 to 5 meters. Domestically, BDS plays a significant role in traffic regulation, as there are nearly 6.3 million public and private vehicles, including buses, express delivery cars and trucks equipped with the Beidou system for navigation.The number is expected to rise by 10 percent year-on-year. BDS applications have been extended to monitor trains, tourist coaches and vehicles carrying dangerous goods. Marine departments send information about typhoons and sea conditions to fishermen through BDS. BDS helps anti-corruption departments check whether officials use government cars for private purposes. It also plays a role in protecting historic sites, and tracking wild animals like leopards. Farmers grow crops using tractors, drones and other machines equipped with the system. Herdsmen use mobile phones to monitor their cattle and sheep wearing BDS locators on grasslands. BDS is also helping track containers on cargo ships, expose mine risks, locate leaks on gas pipelines, provide navigation for marathon runners, and to find missing elderly people and children.

BDS products have now entered more than 70 countries and regions including over 30 countries along the Belt and Road. The close economic ties between China and ASEAN have paved the way, as in Southeast Asian countries located in low latitudes, BDS is more accurate than GPS. Thus, BDS plays already an important role in transport and port management in Pakistan, land planning and supervision of river transport in Myanmar, precision agriculture and pest and disease monitoring in Laos, and urban modernization and tourism development in Brunei.

As early as August 2016, already over 700 Chinese smartphone models supported BDS, accounting for 21 percent of all smartphones sold in China. Since then, use of the system has much expanded in China and gradually extended over the belt and road. The globalization boom for BDS is expected for around 2021 when about 30 Beidou-3 satellites will span the globe.